Share a memory
Obituary & Services
Tribute Wall
Read more about the life story of John and share your memory.

John was born on October 14, 1927, and grew up in Indianapolis, Indiana, and died on December 8, 2022, at age 95, at Community Care Hospital with his family by his side. He passed away only thirteen days after his wife, Marlene Young, after 63 years of marriage. John was in the United States Army and talked about serving in the Occupation of Japan after World War II.
John graduated from Purdue University in Mechanical Engineering. John then worked designing, testing, and manufacturing ball and roller bearing equipment. He then moved to Bellevue, Washington, to work in the aerospace industry. He and Marlene moved to Kingston, Jamacia to work at a bauxite mining facility for 2  1/2 years. They then moved back to the United States and settled in Idaho Falls, Idaho, where he worked  as an engineer for the state highway department. His next job was with the Idaho National Laboratory where he worked for 28 years until his retirement.
On October 10, 1959, he married Marlene Mae Warren in Columbus, Ohio. John was a lifelong Christian. He attended the Church of Christ and held many positions over the years. He was a deacon and treasurer and participated in numerous outreaches in the community. He and Marlene enjoyed landscaping, and they were instrumental in planting shrubs, trees and flowers around the church building. He was generous when a fundraising need arose.
Some of his other interests were Bible archeology, traveling, and reading. He and Marlene  assisted in the Tall el-Hammam Excavation Project archeological dig in Jordan for over ten years. They also traveled to many other countries in their retirement. When they became less active physically they began taking cruises on Holland America.
John had many interests. He and Marlene enjoyed camping and backpacking together as well as with their children. He had a lifelong love of classical music, going to the Teton Music Festival in Jackson, Wyoming, and attending the Idaho Falls Symphony and Community Concerts.  John and Marlene welcomed many dogs and cats into their household.
John and Marlene are survived by their three children and their spouses. Jeff (Irene) Young, Tim (Geena) Young, Teri (Erv) Crowther, seven grandchildren and several great-grandchildren. A memorial service will be scheduled at a later date.

To send flowers to the family or plant a tree in memory of John D Young, please visit our floral store. 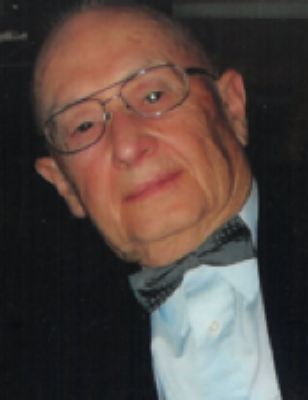 You can still show your support by sending flowers directly to the family, or by planting a memorial tree in the memory of John D Young
SHARE OBITUARY
© 2023 Buck-Murphy Funeral Home & Cremation Services. All Rights Reserved. Funeral Home website by CFS & TA | Terms of Use | Privacy Policy | Accessibility