Share a memory
Obituary & Services
Tribute Wall
Read more about the life story of Hollis and share your memory.

Hollis Dean Shenton, 88, of Idaho Falls Idaho, passed away Sunday, January 8 2023, in Idaho Falls with family by his side. Dean was born October 5th, 1934, at the Spencer Hospital in Idaho Falls Idaho, to Hollis Ivan Shenton and Harriet Virginia Winsper. He grew up in Medicine Lodge where he attended Elementary School and graduated from Clark County High School in Dubois, Idaho in 1952. He enlisted in the army and served from 1955-1957. While in the army he was stationed in Alaska which became one of his favorite places. He returned many years later to enjoy a special fishing trip. In February of 1960 he married Joanne Housholder. They met at a dance in Liddy Hot Springs. They later separated. Dean attended Utah State University in Logan, UT and graduated in 1965 with a degree in range management. They moved to Lakeview, Oregon after graduation where he worked for the Bureau of Land Management. In 1969 Dean and Joanne were able to move back to Medicine Lodge to farm and ranch by his parents where he grew up. He loved life as a farmer and rancher fulfilling this life with his wife Joanne and their three children Connie, Tod, and Susie. During his life, he enjoyed finding and collecting arrowheads and antiques. He retired and moved to Idaho Falls, Idaho in 2012. Survivors include his two daughters, Connie Melton of Idaho Falls and Susie Shenton Shifflett of Dubois, and one son Tod (Carolyn) Shenton of Dubois; sister JoAnn (Bob) Tavenner of Idaho Falls, and brother Larry (Lesa) Shenton of St. Anthony; 3 granddaughters Brett Shenton, Ivy Shifflett, Ellee Shifflett, and two grandsons Travis Torres and Matthew Shenton and one great granddaughter Hollis Torres. He was preceded in death by his parents, his son-in-law Ken Melton, his brother Don Shenton and brother-in-law Bob Tavenner. Viewing will be held Friday January 13, at 11:00 am at the Buck-Murphy funeral home with graveside services following at the Small Cemetery in Medicine Lodge, Idaho.

To send flowers to the family or plant a tree in memory of Hollis Dean Shenton, please visit our floral store. 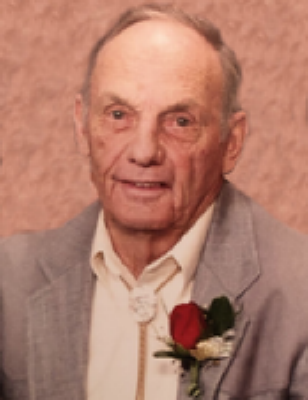