Share a memory
Obituary & Services
Tribute Wall
Read more about the life story of Alan and share your memory.

Alan L Radford, 75, passed away November 12 at Idaho Falls Community Hospital. He was born July 12, 1947 in Idaho Falls, Idaho to Therle Radford and Marth Collier Radford. He was the baby of the family, having an older brother, Ken and sister, Aloha. He grew up in Menan and Idaho Falls, graduated from Rigby High School. After raising Cain and making his mom tired, his mom had him enlist and join the Air Force. While in boot camp, he got his nose broke and he came home thinking he was going to be discharged for it, but to his surprise, his mom took him straight to his recruiter where he was sent to Dover, Delaware. He was soon sent to Okinawa, Japan. He served until 1969 and received an honorable discharge. Soon after coming home, he started his career with the United States Postal Service. First starting as a carrier and retiring as a Postmaster from Grace, Idaho in 2004 after 38 years of service. In those years he had three children in his first marriage, Chris, Jared and Lacey. Chris passed away in 1977 right after he lost his mom. His heart was so broken losing them both. His love of baseball lead him to a coaching career from T-Ball to Babe Ruth for 19 years. Many young men in Idaho Falls were coached by him and looked up to him. Even up to his last days, he received visits or stopped in the store by his players just to let him know the impact he made in their lives. On April 23, 1988, he married his soulmate, Carol. He gained two more children in this Union, Crystal and Mark. They had many good adventures together. They enjoyed going camping, fishing, golfing, vacations down the Oregon coast, spending time with all of their grandchildren, decorating for the holidays and having wonderful holiday parties with family and friends. Once he retired from the Post Office, they moved back to Idaho Falls to be closer to their grandchildren. In 2009, he was hit with his second biggest heartbreak, when his Granddaughter Christin was taken from us in a tragic accident. He never recovered from that pain but he was the best shoulder to cry on and held you up in your times of need. He was able to be reunited with his cousin Joe. Dad went back to his youth with Joe and they had good times together. Joe and Thelma got dad and Carol to go to Sturgis with them one year. It was one of their favorite trips that they took. He loved Joe so much, they were best friends. Dad was a very kind, loving, giving and happy person for most of his life. Once he lost his Granddaughter and his health started failing, he began to lose his laughter and lightheartedness. Through it though, he never stopping loving. He was still cracking jokes and thinking he was a funny guy up to his last minutes. You are going to be so missed. We love you so much! Alan is survived by his soulmate and wife, Carol. His children Troy, Jared, Lacey, Crystal and Mark, 13 grandchildren and 6 great grandchildren and 2 on the way. He also had many bonus children he gained that were his children’s friends. He is preceded in death by his parents, brother, sister, son and granddaughter. A Celebration of Life and Military Honors will be held in the Spring, around Memorial Weekend. In lieu of flowers, please make a donation to your favorite Military/Veteran cause in his name.

To send flowers to the family or plant a tree in memory of Alan Lee Radford, please visit our floral store. 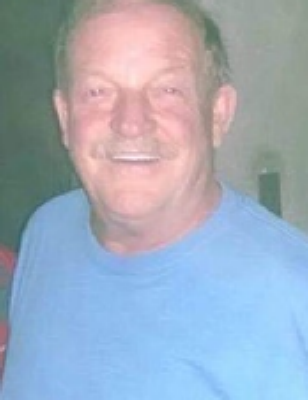 
Family and friends are coming together online to create a special keepsake. Every memory left on the online obituary will be automatically included in the book.

You can still show your support by sending flowers directly to the family, or by planting a memorial tree in the memory of Alan Lee Radford
SHARE OBITUARY
© 2022 Buck-Murphy Funeral Home & Cremation Services. All Rights Reserved. Funeral Home website by CFS & TA | Terms of Use | Privacy Policy | Accessibility